The Powhatan (Indian) people lived in the area that would become known as the Jamestown Settlement in Virginia. 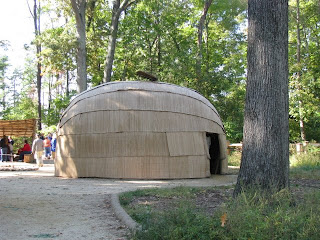 They lived in dome shaped structures called yehakins such as this one above. They were built by bending young saplings and covering them with bark or mats woven from reeds. A fire, which was made by nature such as lightening strikes, was constantly burning in the middle of the floor. 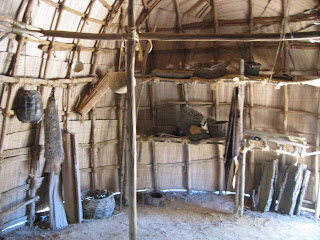 They hunted animal's for food and clothing and ate such crops as corn, beans, squash and sunflower seeds. 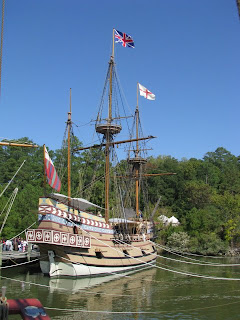 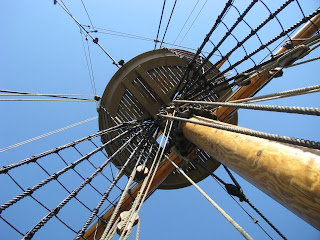 In 1607, the Susan Constant ship arrived bringing the first English Settlers to the new country.

Life as the Powhatan knew it was soon to change with the arrival of the Englishman. 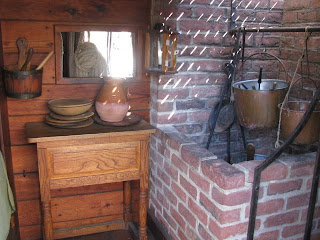 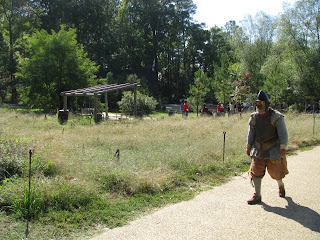 Things were fine for a while then war broke out between the Powhatan and English. James Fort was the heart of the first settlement in North America. That was the start to what we know today as the United States of America... 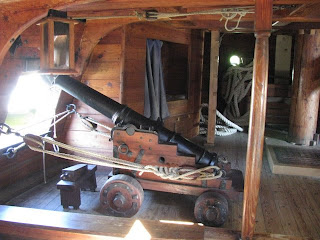 At the Jamestown Settlement, you can learn all about the Powhatan and English Settlers with a wonderful museum. Also a living history area filled with people in Period Attire that will tell you anything you want to know about life in the 1600's. You can see first hand how the people lived in that day and time and walk aboard the three replica ships, Susan Constant, Elizabeth and the Discovery. 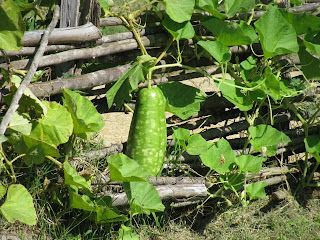 As you walk the grounds you can see such things as this gourd growing in the garden and listen as people tell you how to prepare them to be used as tools such as eating utensils. I was taking notes for birdhouses. 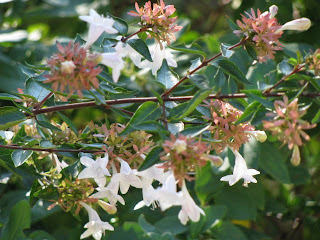 Bushes were filled with blooms all over the settlement. This one resembles a Jasmine but not sure what it was. 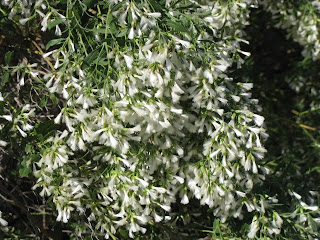 We had no idea what this bush was either. It was captivating to me as it was so soft looking that I wanted to touch it. 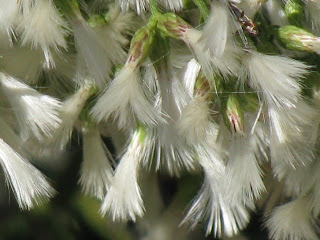 Look at the soft feathery looking fluff that bush was showing us. Can anyone name this bush? 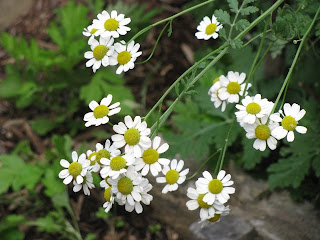 And just look at those beautiful little smiley faces looking up to the sunshine.
We truly enjoyed our day at JAMESTOWN and being, In the Garden...
Posted by Skeeter at 11/09/2008 04:00:00 AM