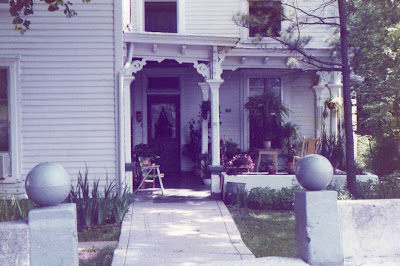 Ah, the fond memories I have of growing up in that old Farmhouse outside of downtown in Clarksville, Tennessee. In this picture dated around 1981 or so, you can see the front porch filled with plants. You can see my grandmothers iris to the front of the house. You can see some sort of bowling ball statues at the stairs entry that I know Tina will find interesting. 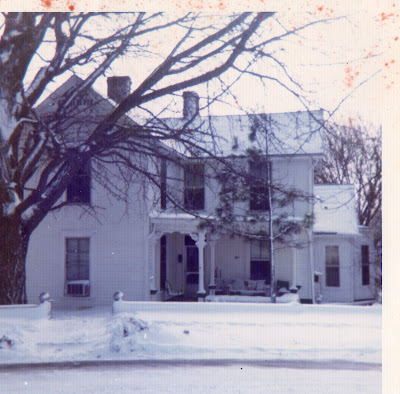 As I pick up limbs on the ground from high winds here in my Georgia Garden, I cannot help but think of one of my favorite trees from that old house. You see the naked branches of that tree in this winter picture. Wow, they don't have snow falls like this any longer in that area. This pic was around late 70's. 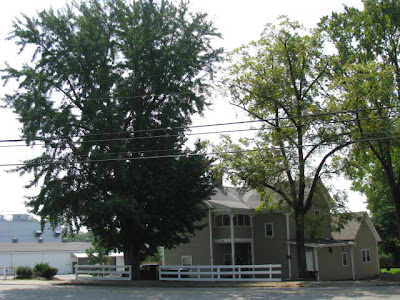 With time, the house was sold and became an apartment dwelling loosing its appeal to the eye. The Iris have been buried over with cement, the porch is gone as are the interesting Bowling Ball entry to the steps. Sigh, that is the way it goes at times. Nothing remains the same. Or does it? 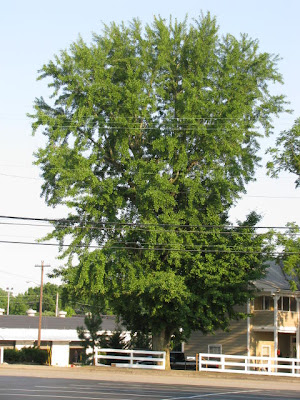 Look at that Green Tree standing tall after all these years! I snapped this picture when home on a recent visit. About 30 years later and she still stands tall.
This is a Ginkgo Tree or Ginkgo Biloba. It has no close relative and is known as a Living Fossil. The Ginkgo is from China where they may grow well over 100 feet tall and live to be thousands of years old. A 3,000 year old Ginkgo is said to be in the Shandong Providence of China.
Note: The tree to the right (in the picture above this one) is a Walnut Tree that either my dad or his foster brother planted in the 50's. 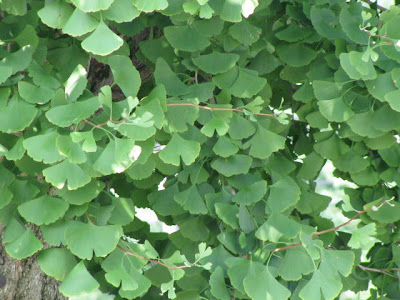 The leaves of the Ginkgo are fan shaped. I have seen these leaves on fossils in the Smithsonian Museum and also on the lawn of the White House in Washington DC where one is currently growing. A Google Search on the Ginkgo tells me the female tree has fruit and also a bad odor. Our tree must have been a male tree as it had no foul odor or fruit. 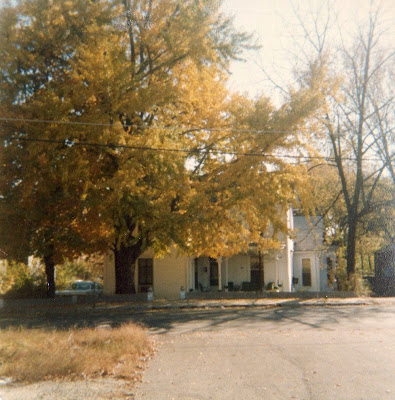 Here are a couple of pictures I snapped back in 1978 of the tree in fall. Even as a teenager, I was snapping pictures of such things never knowing I would one day be writing a blog about it. Funny how that works... 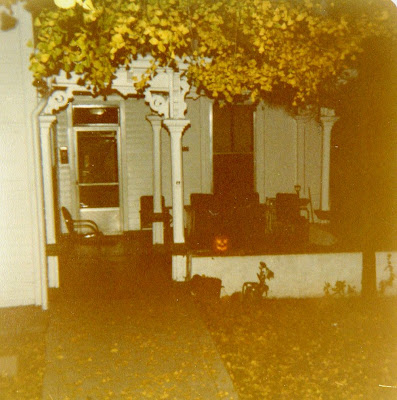 The leaves turn a Bright Yellow which is an understatement. I think the tree is turned to Gold. Then within a few days, all the leaves fall to the ground as if overnight! They are very heavy leaves to rake and I sure did my share of raking them as a child. Glad I don't have to rake them today! The only time I am home during fall is usually the third week of October to attend a Humane Society Benefit Ball so I am not lucky enough to see the Gold Tree as it is just starting to turn colors when I am there. As you can see the Jack-o-Lantern is in place in this old picture so Oct 31 was soon to be. So I am guessing the leaves fell just after Halloween. 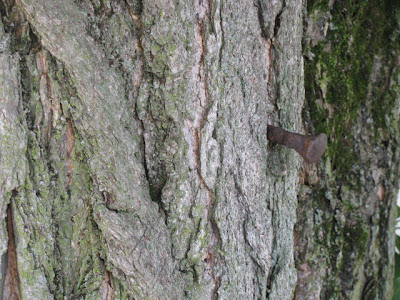 Upon a closer look, I can see this poor tree has taken a beating over the years. It has been pruned a few times and someone has pounded Railroad looking spikes into the tree. I counted 6 before I got so upset that I had to stop counting. 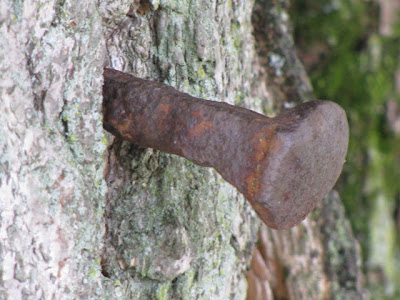 I am not sure the reason why someone would do such a thing to a tree but I have two guesses. One is to climb the tree. Okay, I can see that as they were placed as if one may want to climb it. The second guess is to possibly kill the tree! Remember me saying those are heavy leaves to rake when they fall? Maybe the apartment tenants are responsible for the yard clean up and they don't like to rake leaves. Hum.... 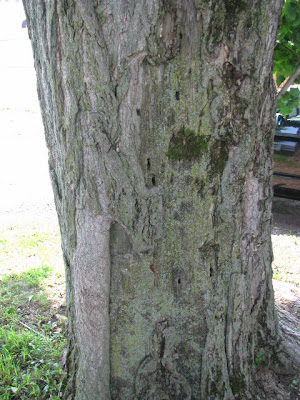 If they are trying to kill this tree with the spikes, I think it may take a bit more then spikes to kill it. After the Atom Bomb was exploded in 1945, only a few things were found living in the area and the Ginkgo tree was one of them. They are standing tall and are healthy today! In this above picture, you can see where the tree has healed itself from another form of damage. 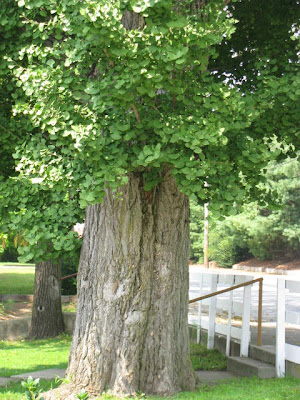 Look at the size of that tree trunk. I don't know how old this tree is but it has been in this spot since the 50's. 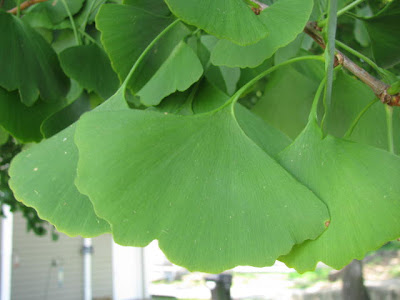 Ginkgo's have been used as pharmaceutical purposes for Memory Loss, Concentration issues and Vertigo. It's use has been proven ineffective in Alzheimer's and Dementia studies.
It is depressing to see the once beautiful city Farmhouse I called home but soon my eye is taken up high to the GINKGO TREE, standing tall, In the Garden...
If you are ever in the area of Commerce Street just behind the Catholic Church around the end of October, look for the big glow in the sky!
Posted by Skeeter at 9/11/2009 04:00:00 AM